In December 2018 online fast-fashion behemoth Boohoo was accused of breaking ASA rules after presenting users with false limited-time sales. To create a sense of urgency each sale featured a prominent clock counting down to the end of the sale. On numerous occasions, when the clock reached zero it immediately reset and the sale continued.

Labelled ‘scarcity marketing’, this type of online tactic puts pressure on consumers to purchase items there and then for fear of missing out – a psychological nudge towards conversion.

Employing scarcity marketing tactics online is nothing new. Along with limited-time offers, consumers are accustomed to being told that product stock is running low, or how many other users are currently searching for the same holiday dates or looking at the same hotel room.

Brands know that creating a fear of missing out works, but when scarcity marketing becomes aggressive persuasion or, in Boohoo’s case, potentially misleads their customer completely, it quickly turns into a ‘Dark UX’ tactic.

And with these kinds of incidents receiving national attention, has the consumer backlash against dark UX tactics begun?

Originally coined in 2010 by UX specialist Harry Brignall, a ‘Dark UX Pattern’ is described as, “a user interface which is carefully and intentionally crafted to trick a user into doing things they might not otherwise do”.

‘Dark UX patterns’, or ‘tactics’, intentionally nudge users towards – or away from – certain website actions in order to drive sales or capture data, thus placing company profits before customer need. Aside from scarcity marketing, other well-known tactics include:

Colour and hierarchy – a basic but effective ‘nudge’ tactic, using colour to highlight an action that benefits the company, while making another action unappealing.

Confusing language – despite the introduction of the GDPR in 2018, confusing language is still regularly used in relation to terms and conditions agreement. Instead of clearly describing the action being agreed to, wording is deliberately ambiguous and confusing in the hope of soliciting user agreement.

Forced promotions – a step that interrupts the user’s purchase journey to sell additional products or services, often with a ‘close’ or ‘skip’ button that is well hidden or doesn’t display immediately.

Convoluted cancellation – allowing customers to sign up to a service at the click of a button, but deliberately making it complicated and laborious to cancel.

‘Confirmshaming’ – in order to get a user to agree to something, intentionally using language to guilt-trip or create a sense of missing out if they decide to choose the opposing option.

Dark UX at what cost?

Based on behavioural psychology and well tested, there’s a reason why dark UX tactics have been adopted by so many companies. But where such tactics can help drive short-term profits, is it at the expense of a brand’s long-term reputation?

When Ethology runs user testing studies it’s clear participants are aware, at least on some level, that websites try to manipulate their behaviour. Whilst even the savviest consumer can forgive this for good website usability, or a great deal (let’s face it, Amazon needn’t worry), the competition is only one click away for customers who decide they don’t wish to purchase from a company that seeks to pressure or manipulate.

Even a customer less savvy to manipulative tactics can feel a sense of buyer’s remorse from being pressured into making a purchase. The likelihood of that customer returning is low and replacing them with a newly acquired customer is a lot costlier to a company.

Consumers are increasingly seeking impartial insight to validate their decisions. Review sites such as TrustPilot and Reevoo hold power and give disgruntled customers a platform to name and shame, and social media sites allow word of mouth to travel fast. A customer who feels truly scorned by a company can quickly do damage to their credibility.

Is the consumer tide turning?

A good website should be designed with genuine empathy for the user, with the goal of guiding them seamlessly through their journey from A to B.

Dark UX tactics prioritise a company’s own goals over a user’s, creating confusion and frustration. And if companies continue to prioritise quick wins over creating a genuinely valuable user experience, it won’t be long before the savvy consumer catches on – if they haven’t already – and dismiss these brands as unethical.

The hidden cost to these companies won’t be immediately apparent, but while their web team pats itself on the back for hitting short-term KPIs, the marketing department will find itself having to work harder and harder to acquire new customers due to a causal decline in repeat business.

Dark UX tactics have arisen from the need for companies to compete online at any cost. And whilst some are winning the short-term battle for the consumer’s pound, the more progressive brands are sensing the tide turning and choosing instead to fight a war over the consumer’s long-term respect and loyalty.

Do you have a customer or business challenge?

We help brands across the globe improve their customer experience. Get in touch to speak to one of our consultants. 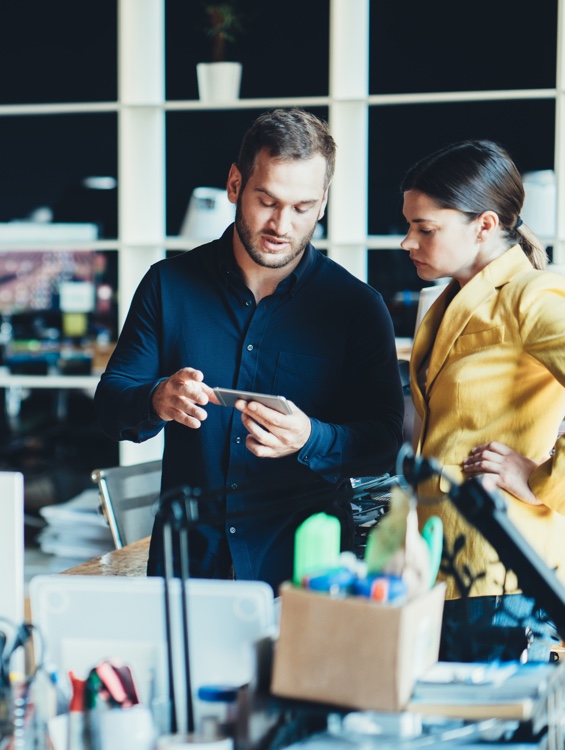 Get the latest CX news and thought

Processing...
Thank you! Your subscription has been confirmed. You'll hear from us soon.